Brazilian Jiu-Jitsu (BJJ) is a grappling-based martial art, which at its core, promotes the concept that a smaller, weaker person can successfully defend against a bigger, stronger opponent by utilizing leverage and technique. Given the fact that controlling an opponent is generally easier on the ground than in a standing position, much of the technique of Brazilian Jiu-Jitsu pertains to the skill of taking an opponent down to the ground and grappling for dominant control positions from where the opponent can be submitted or rendered harmless. Utilizing superior leverage, grip, technique and position we can control and overcome even larger/stronger aggressors. Practitioners of the art gain a deep understanding of the workings, strengths, vulnerabilities and limits of the human body. 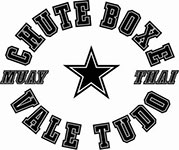 Muay Thai is one of the most powerful and effective martial arts in the world. Developed over thousands of years, this ancient martial art of Thailand is known for its tremendous power, maximum efficiency, and raw simplicity. Often referred to as the “Art of Eight Limbs” it makes use of punches, kicks, elbows and knee strikes, thus using eight “points of contact”. Muay Thai has spread throughout the world to become a globally recognized combat sport.​ It has also become an essential component of Mixed Martial Arts due to the effectiveness of its multiple striking combinations. Hoboken Fight Club is proud to represent Chute Boxe Muay Thai. We are the 1st East Coast USA Chute Boxe gym. Whether you’re training for fun, health and longevity or have aspirations of competition, Muay Thai Kickboxing classes at Hoboken Fight Club will get you to the next level.

Classes at the academy are taught 7 days a week. They include a strength & endurance building warmup, technical instruction and live rolling. It is among the most demanding and cerebral workouts you will ever experience. Suitable for all levels, all ages and anyone who may be interested in improving their health, safety, problem solving ability, confidence, endurance, strength and more!! Come and sit in on a class or better yet, take a FREE trial class! We are confident that one you experience Brazilian Jiu Jitsu, it will become a cherished part of your life. 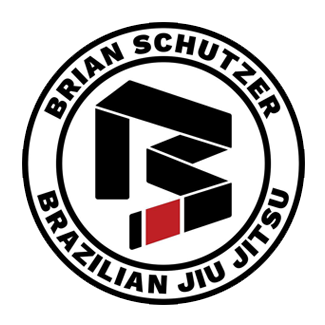 Brian Schutzer
Brian Schutzer is a 1st degree Black Belt originally from New Jersey. Brian is a business owner, husband and father of two, so he knows firsthand the training goals, limitations and frustrations that many martial artists encounter. In 2015 he earned his Black Belt from Professor Lincoln Pereira. He currently splits his time teaching/training between NY and NJ Renzo Gracie Academies and is proud to represent Team Renzo Gracie.

“Whatever you are, be a good one.”

“There’s more philosophy on the Jiu Jitsu mats than there is in any Ivy League school in America.”

“The biggest lesson I learned from Jiu Jitsu was how to truly know myself.”

“To be champion all you have to do is train. But first, one must be a good person. Be a friend at the academy, learn to help. To be good at Jiu-Jitsu it’s all about believing and training, there isn’t that much else you can do.”

“Fighting is not a physical thing; it is a spiritual thing.”

Why should your kids take Brazilian Jiu Jitsu Classes?

VIEW MORE
Free Class
Come in and join us for a free class! Let us show you what sets us apart from everyone else.
Free Class